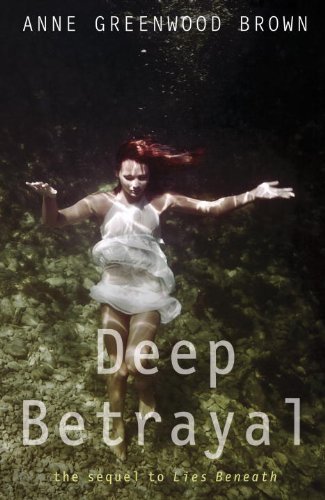 Deep Betrayal
Anne Greenwood Brown
Fans of Amanda Hocking's novel, Wake, will dive into this paranormal romance featuring mermaids--the killer kind--and won't come up for air! It's been thirty days, two hours, and seventeen minutes since Calder left Lily standing on the shores of Lake Superior. Not that she's counting. And when Calder does return, it's not quite the reunion Lily hoped for. Especially after she lets her father in on a huge secret: he, like Calder, is a merman. Obsessed with his new identity, Lily's dad monopolizes Calder's time as the two of them spend every day in the water, leaving Lily behind.Then dead bodies start washing ashore. Calder blames his mermaid sisters, but Lily fears her father has embraced the merman's natural need to kill. As the body count grows, everyone is pointing fingers. Lily doesn't know what to believe—only that whoever's responsible is sure to strike again. . . . "Deep Betrayal is as suspenseful as it is sexy. You'll want to catch this one!"--MaryJanice Davidson, New York Times bestselling author of the Undead series"Heartbreaking. Nerve-racking. Absolutely irresistible."--Kristen Simmons, author of the Article 5 series
1 Vote

Following the inner thoughts of Lily Hannock, Deep Betrayal, the sequel to Anne Greenwood Brown's Lies Beneath, is a dark and twisted tale of mermaids like you have never laid your eyes on before. Lily imagined a semi-normal life after Calder's sister is no longer out for blood, but when she reveals her father's true merman self, she  is stuck ashore while her father and the merman she has come to love roam the deep recesses of Lake Superior.