Death, and the Girl He Loves 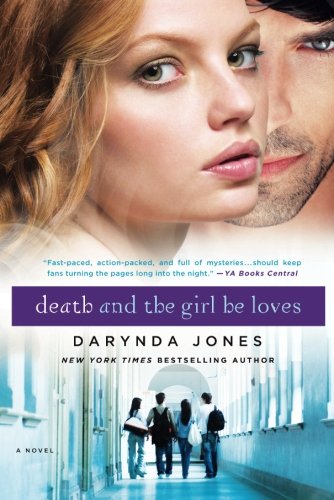 Death, and the Girl He Loves
Darynda Jones

From Darynda Jones, the New York Times bestselling author of Death and the Girl Next Door and Death, Doom & Detention, comes Death and the Girl He Loves, the exciting third book in her new young adult series DarklightThe fate of the world is not something a girl wants on her shoulders, and that is especially true for Lorelei McAlister. Unfortunately for her, that is exactly where the world's fate has decided to take up residence. Lorelei has seen firsthand the horrors that lie beneath our everyday world. And those horrors are getting her friends killed. Because of this, she agrees to leave the sanctity of her hometown and is sent to a different world entirely. A boarding school. But even here she is being watched. Someone knows what she is. What she carries inside her soul. And on top of that she's seeing visions. This is nothing new for Lorelei. But these visions are something more: death, destruction, and the end of the world. Lorelei must face the fact that there are people who want her dead, and no matter where she goes, no matter how far she runs, the lives of her friends and family are in mortal peril. Lucky for her, her friends and family include the handsome Angel of Death, a fiercely protective half-angel, and a ragtag group of loyal supporters who aren't afraid to get a little dirty in the name of fighting pure evil.
2 Votes

Tweet
Death, and the Girl He Loves review by R. Mae

Death and the Girl He Loves is the final book in the darklight trilogy. Lorelei McAlister has to make a decision, does she want to face her fate, or try to change it. The final battle is looming, and the only person who can save the world is her.

What's this?
Death, and the Girl He Loves review by schosgej

In the Bedford Fields Academy, a boarding school for the unruly children of the rich, trouble is brewing. Lorelei McAlister is a teenage girl separated from her entire family and all she has ever known. After traveling halfway across the country in attempt to flee the danger brewing in her home town, Lorelei finds out that someone is hunting her for what she has inside her. Lorelei must face the immediate danger only to turn around and save the world from its imminent demise.