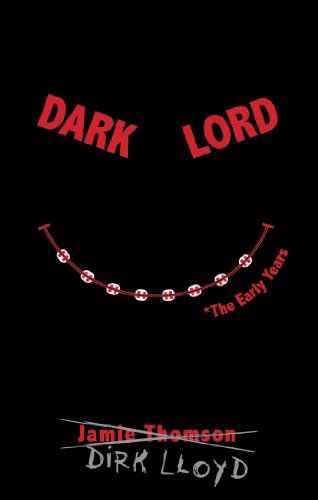 Dark Lord: The Early Years
Jamie Thomson
The Dark Lord is confounded when he awakens in the middle of a small town on a planet he's never seen before. What is this strange place, why do they keep calling him Dirk Lloyd, and why is he powerless against these earthlings who insist on finding his parents? Could it be that Dirk Lloyd is really a human incarnation of the Dark Lord who, after a cataclysmic final battle with his arch nemesis, was hurled into the Pit of Uttermost Despair, aka Earth? Or is he just a lost and confused boy? The Dark Lord must regain his rightful place in the universe before his powers of domination and destruction are lost forever, and help comes from a most unlikely source . . . a human friend. Readers will delight in this wickedly humorous tale as the Dark Lord-theIncarnation of Evil, The World Burner-finds that even he might have a good side.
1 Vote

The main characters are Dirk Lloyd, Susan (or "Sooz"), and Chris. This story follows the life of the Dark Lord, Dirk Lloyd. It starts when Dirk falls to Earth after having lost the battle against Hasdruban. Now trapped in the body of a 12-year old boy, the Dark Lord begins to search for a way to get back to the Darklands. Except for one problem. No one believes that he is the Dark Lord. Everyone has come to believe that he instead is a boy with serious psychological problems.