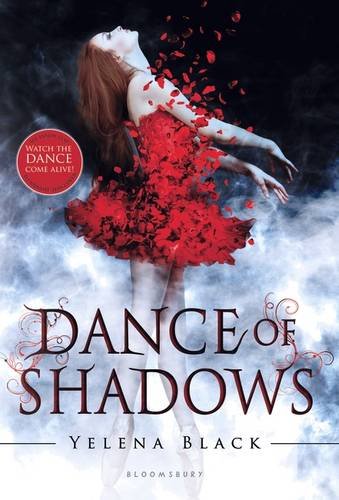 Dance of Shadows
Yelena Black
Vanessa knew that dance was in her blood, but she had no idea the world of elite ballet was center stage for the darkest of secrets-until her sister mysteriously disappeared from the world-renowned New York Ballet Academy. Three years later, Vanessa follows in Margaret's footsteps, lands the role most girls at NYBA would kill for . . . and gets trapped in a sinister spiral of secrets. Back-stabbing bunheads, a fiercely unrelenting choreographer, and the sexy male lead of the troupe-they all want something from Vanessa. And though she revels in the attention, what Vanessa truly craves are answers. Instead, she feels as though she is losing her footing at every turn. Is she doomed to relive her sister's strange fate?Riveting and sexy, Dance of Shadows twists the cutthroat world of ballet with a psychological thriller, in a dance you won't be able to resist.
2 Votes

Vanessa Adler knows that dancing runs in her family, but she isn't so sure that she belongs at the prestigious New York Ballet Academy. She didn't go to NYBA to dance--instead, she went in hopes of finding her older sister, Margaret, who mysteriously disappeared from the Academy three years ago. But Vanessa should have known that there's more to NYBA than meets the eye. She should have known that the two boys so eagerly willing to help her each had their own motives.

What's this?
Dance of Shadows review by ClarissaAdeleMorgenstern

Dance of Shadows, by Yelena Black, tells about Vanessa Adler's search for her sister, Margaret.  Margaret  who disappeared from an elite New York Ballet Academy three years before.  Vanessa follows in Margaret's footsteps to try and solve her mysterious disappearance.  When Vanessa arrives, she quickly bonds with several of the other freshman.  However, soon after school begins, one of Vanessa's new friends disappears.  They are told she ran away, but Vanessa has her doubts.