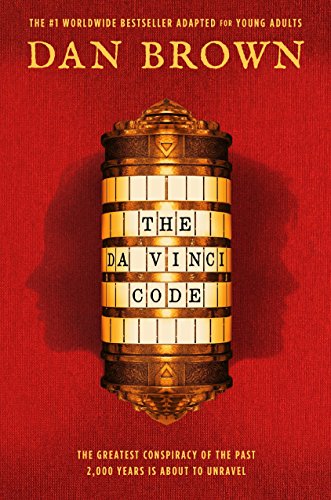 The Da Vinci Code (Young Adult Adaptation)
Dan Brown
Dan Brown’s mega-bestseller is now available for a new generation of readers. This young adult adaptation is the perfect way to get ready for Origin, the latest novel featuring the character Robert Langdon. It will remind fans everywhere why the New York Times calls The Da Vinci Code “blockbuster perfection.” Includes over twenty color photos showing important locations, landmarks, and artwork, taking readers from Paris to London and beyond!    The greatest conspiracy of the past two thousand years is about to unravel. Robert Langdon, professor of religious symbology at Harvard, is in Paris to give a lecture. At the reception that follows, he is scheduled to meet with a revered curator from the world-famous Louvre museum. But the curator never shows up, and later that night Langdon is awakened by authorities and told that the curator has been found dead. He is then taken to the Louvre—the scene of the crime—where he finds out that baffling clues have been left behind.  Thus begins a race against time, as Robert Langdon becomes a suspect and, with the help of French cryptologist Sophie Neveu, must decipher a mystifying trail of clues that the two come to realize have been left specifically for them. If Robert and Sophie cannot solve the puzzle in time, an ancient truth could be lost forever—and they themselves might end up as collateral damage. Praise for the adult edition of The Da Vinci Code “WOW . . . Blockbuster perfection. An exhilaratingly brainy thriller. Not since the advent of Harry Potter has an author so flagrantly delighted in leading readers on a breathless chase and coaxing them through hoops.”—The New York Times  “A new master of smart thrills. A pulse-quickening, brain-teasing adventure.”—People
1 Vote

This book is about a race for clues answers and the truth. When Sophie and Robert Langdon discover a brutal murder at the Louvre in Paris, France, the hunt is on for clues. The clues are believed to lead to the hidden location of the Holy Grail. Along the way, they discover two rival secret societies called Opus Dei and The Priory of Sion. The cryptic clues lead them to the startling suspicion that Jesus Christ may have been involved with Mary Magdalene and the group Opus Dei. Will they find the real truth behind the mystery?