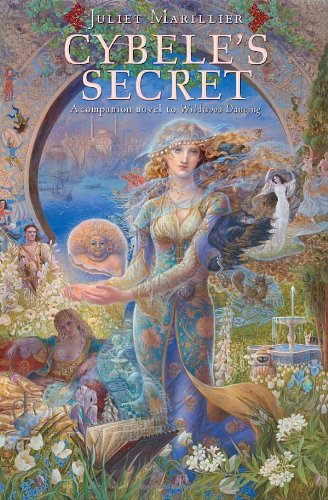 Cybele's Secret
Juliet Marillier
FOR PAULA, ACCOMPANYING her merchant father on a trading voyage to Istanbul is a dream come true. They have come to this city of trade on a special mission to purchase a most rare artifact—a gift from the ancient goddess, Cybele, to her followers. It’s the only remnant of a lost, pagan cult.But no sooner have they arrived when it becomes clear they may be playing at a dangerous game. A colleague and friend of Paula’s father is found murdered. There are rumors of Cybele’s cult reviving within the very walls of Istanbul. And most telling of all, signs have begun to appear to Paula, urging her to unlock Cybele’s secret.Meanwhile, Paula doesn’t know who she can trust in Istanbul, and finds herself drawn to two very different men. As time begins to run out, Paula realizes they may all be tied up in the destiny of Cybele’s Gift, and she must solve the puzzle before unknown but deadly enemies catch up to her. . . .
1 Vote

Paula, though a young girl of seventeen, is a scholar. She is very intelligent and loves to learn. So when her father needs someone to accompany him to Istanbul for his trading business, she is the perfect person. Being her father's secretary may be unorthodox, especially in the Muslim culture of Istanbul, but when Paula discovers that her father is trying to bid for a valuable religious artifact, she becomes even more excited.