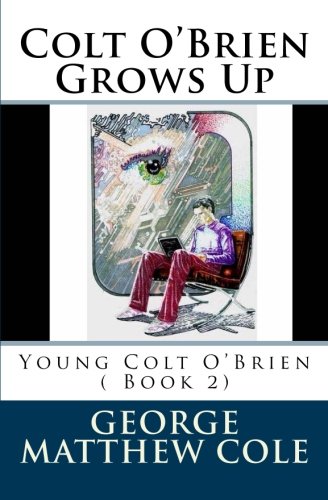 Colt O'Brien Grows Up
George Matthew Cole
19 year old Colt O'Brien is starting college at Western Washington University. After going through his senior year of high school without knowing if he would even attend college, now he is in. His girlfriend Amy Strong and his best pal Bobby Jones are with him. His scholarship dictates that he will be a part of the campus computing support group. Fixing computers is something Colt knows a lot about. The cocky young man, with his flashy clothes and special psychic abilities is confident that freshman year will be full of success when facing the challenges ahead. As Colt will discover, life has a way of throwing curve balls at the unsuspecting. He soon finds out that he is the only person doing PC trouble tickets and his boss Gerry gives him almost no support. He rarely sees his girlfriend and his strait-and-narrow friend Bobby discovers that partying is a fun occupation. When he starts to stimulate his already developed psychic abilities, life spins him into a tornado of emotional distress. In this compelling sequel to "Colt O'brien Sees The Light", Colt faces more challenges coming from all directions. He is forced to change and mature or face the consequences. And, he will find himself in psychic realms that he never knew existed. It's time for Colt to grow up and embrace life with a clear head and smart actions. But, it won't be easy.