Choir of Angels Seal of Knowledge 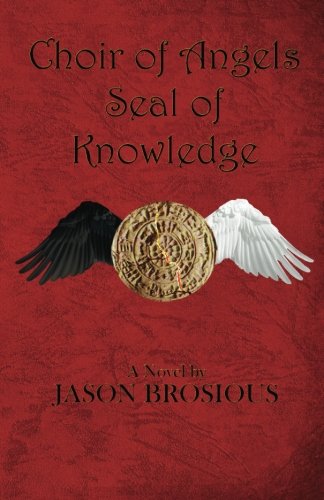 Choir of Angels Seal of Knowledge
Jason Brosious
Gabe would love to have the life of the average teenager where all he had to worry about was waking up in time to go to school and stealing away to hang out with his girlfriend Angel. Unfortunately the chances of that happening ended when his parents died in a suspicious car accident and he was sent to be raised in an orphanage run by Nuns. When shadowy forces from his past conspire to kidnap his girlfriend and carry her away to a world neither of them can remember, Gabe must act fast to save her or it could spell disaster for the entire planet.
1 Vote

Tweet
Choir of Angels Seal of Knowledge review by EE_IVMS

In the book, Choir of Angels, Seal of Knowledge, Gabe, an ordinary orphan, finds that the existence of angels is, in fact, real. He learns unexpected secrets of his identity, and of his parents' deaths. As if that isn't enough, his girlfriend, who happens to be named Angel, is kidnapped by an evil force no police force can handle. Now he must save her, with the help of new friends, of course. The fate of more than Gabe knows lies in his hands.