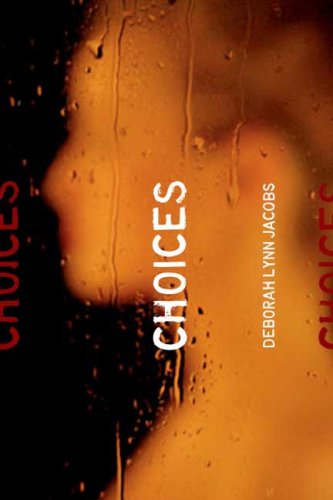 Choices
Deborah Lynn Jacobs
SHIFTING BETWEEN MULTIPLE REALITIES A teenage girl consumed by guilt over her brother's death tries to find a universe in which he is still alive. Sticky notes rim the mirror in rainbow colors.  REMEMBER.  DON'T FORGET HIM.  READ THE NOTEBOOK.  Remember what?  Remember who?  And what's this about a notebook?  There's another note, bottom center of the mirror.  THE DREAMS ARE REAL. In an unconscious effort to find her dead brother, Kathleen slips between universes.  Choices begins in one dimension, then fractures into four distinct voices with every deision Kathleen/Kay/Kate/Kathy makes.
1 Vote

Kathleen has lost her older brother Nick in a car accident. He was on his way to pick her up from a party that her best friend convinced her to go to. The guilty person in the accident is named Mark, and he walks away with no injuries. At Nick's funeral, Kathleen meets a mysterious boy named Luke. As Kathleen tries to cope with the loss of her brother, Luke tries to comfort her and also warns her of a so called "shift of universes." Nick knows of these shifts because he is a fellow shifter, and has been for years.