Chance Fortune and the Outlaws 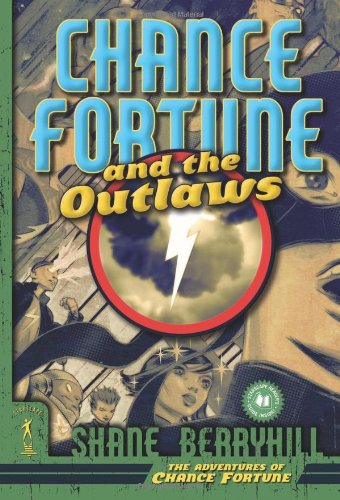 Chance Fortune and the Outlaws
Shane Berryhill
For as long as he can remember, fourteen-year-old Joshua Blevins has wanted to be a superhero. He has the brains, the passion, and the heart. There's only one problem: he doesn't have any superpowers. But Josh isn't about to let that stop him. Determined not to give up on his dream, Josh enlists the aid of his mentor, Captain Fearless, a retired costumed adventurer, to gain entrance to the Burlington Academy for the Superhuman under the false identity of Chance Fortune--a superhuman with the power of having unnaturally good luck. Masquerading as Chance, Josh rises among the ranks of his fellow students at the Academy, eventually becoming the leader of his own combat team, the Outlaws. Together, Chance and his teammates Psy-Chick, Shocker, Gothika, Space Cadet, Iron Maiden, and Private Justice make new friends, battle new enemies, and ultimately find themselves caught up in a struggle for the fate of the universe. Can Chance and the Outlaws save the universe--AND survive their freshman year?
1 Vote

Tweet
Chance Fortune and the Outlaws review by EH

Superheroes are people that protect the weak from villains, injustice and other evil things. That is exactly what 14- year-old Joshua Blevins wanted to be. His only problem was that he didn't have any superpowers. After being denied entry to the "Burlington Academy for the Superhuman" he gave up all hope. Then he used his mentors help, Captain Fearless, to give Joshua a new identity and a false superpower. Now, posing as Chance Fortune, he enters the Academy. He rises in social status and in combat teams, becoming his team's captain.