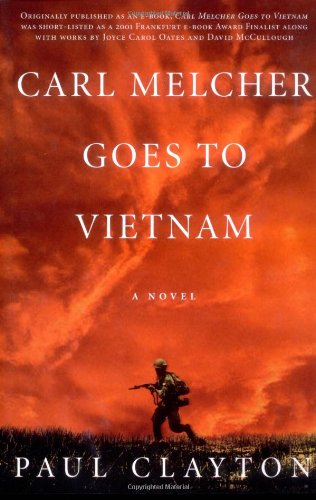 Carl Melcher Goes To Vietnam
Paul Clayton
The year is 1968. Like thousands of other American boys, Carl Melcher is drafted and sent to Vietnam. His new company is infected with the same racial tensions plaguing the nation. Despite that, Carl makes friends on both sides of the color line. The war, like a tiger lurking in the bushes, picks off its victims one by one. Naively over-optimistic, Carl believes that karma and good intentions will save him and his friends. Then fate intervenes to teach Carl something of the meaning of life, and death.
1 Vote

Carl Melcher, an eighteen-year-old boy from Philadelphia, is drafted into the Vietnam War. His first six months are spent fighting, running, advancing, and touring through different stations. As he meets and fights alongside people, he acquires several friends. However, as the battle continues, they begin to fall. One by one, and sometimes two at a time, his friends fail in battle, and soon it is Carl and three of his friends that are left of their previous group.