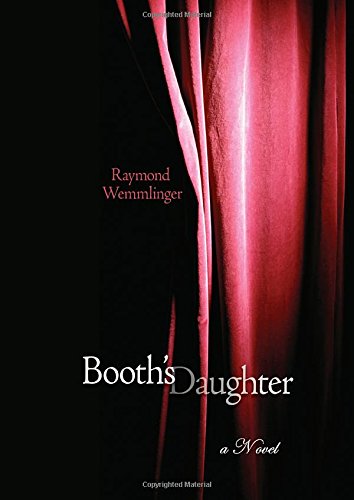 Booth's Daughter
Raymond Wemmlinger
The niece of Lincoln's assassin comes to terms with her family's genius and tragic history. In March 1880 at age eighteen, Edwina is experiencing many new things. For the first time she sees her actor father, Edwin Booth, in King Lear, a play he had considered "too harsh for a young lady." For the first time she finds herself squarely facing the burden carried by her family name for more than a decade: the assassination of President Lincoln by her uncle John Wilkes Booth. And for the first time she is in love, with Downing Vaux, an artist whose father, like Edwina's, is famous. Edwina leaves Downing behind when her father insists that she accompany him on a year-long theatrical tour abroad. Downing is loyal, however, and when she returns to New York, they become engaged. But when the assassination of President Garfield thrusts the Booth family back into the limelight, Edwina finds that she must travel abroad again with her father, and Downing's devotion is tested. Forced to reexamine her life, Edwina faces a difficult choice between duty and the pursuit of happiness.
1 Vote

Edwina Booth has just reached her 18th birthday and is beginning to experience the benefits of adulthood. For one, her father, the famous American Shakespearian actor Edwin Booth, is finally allowing her to see him in his title role in King Lear. For another, she's being invited to all sorts of social outings and parties for young people. The advantage of the latter is obvious - in Edwina's practical mind, she already has plans to find a husband (an artist, preferably) who she can marry and support. In fact, it seems her entire life is planned out precisely the way she wants it.