The Book of Samuel 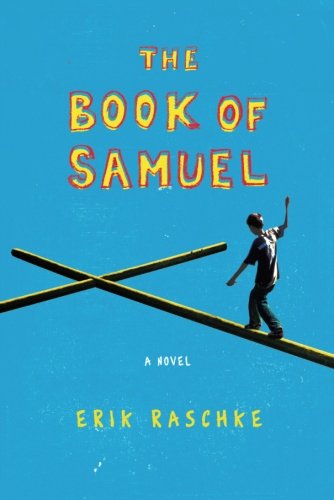 The Book of Samuel
Erik Raschke
Samuel Gerard is just your average teen: he hangs out at the bike jumps or at the mall with his friends, finds creative ways to avoid schoolwork, and repeatedly asks his parents questions that he knows have no answer. But when his dad leaves on a quest to ‘save the world,' Samuel's life takes a turn – a big turn.Starting the day after his father leaves, Samuel finds himself on a dizzying, often humorous series of adventures, from being covered in leeches to accidentally blowing up his friend's garage, from cheering up his mom to supervising his feisty grandma, from making out with the most popular girl in school to a life-changing fight with school bullies. As Samuel tries to sort out the world around him, he gradually finds himself at crossroads of religion and community, family and friends, newfound love and deep-seated hatred, all of which threatens to pull apart his neighborhood – and his family. And in the end, when violence in the community comes to a frightening peak, Samuel is faced with a tough choice: let things continue on a dangerous path, or make a personal sacrifice for peace?
1 Vote

The Book of Samuel is about a twelve year old boy named Samuel. He lives a normal life with his two parents and his grandmother. He was a happy teenage boy, hanging with his friends, jumping at the ramps, and doing whatever it is that teenage boys do. Until his father goes out on a mission to preach to the world. After his fathers departure, Samuel not only does some crazy things, such as; blow up his friends garage, make-out with the hottest girl in school, and gets in some terrifying fights with a girl at school, but he also learns alot about himself.