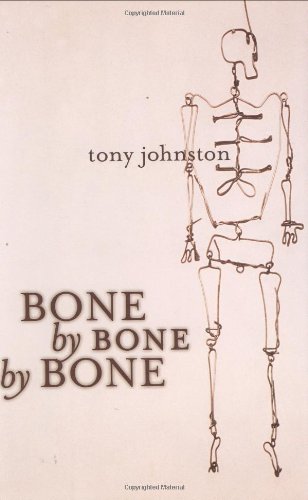 Bone by Bone by Bone
Tony Johnston
FRIENDSHIP BETWEEN WHITE AND BLACK in 1950s Tennessee. Tony Johnston draws on her own childhood memories to limn a portrait of a sensitive and compassionate boy fighting for a friendship his father forbids.David's daddy is determined that his son will grow up to be a doctor like himself. David studies the human bones, and secretly teaches them in turn to his black friend, Malcolm. In a rage, Dr. Church forbids Malcolm to ever enter their home--and threatens to kill him if he does. David tries to change his daddy's mind. but when Malcolm crosses the line, Dr. Church grabs his shotgun.
2 Votes

It's 1951 in a southern town when young Malcolm and David meet. The boys quickly become comrades, and share countless, unforgettable adventures. Although the boys are as close as brothers, there is one barrier that eternally separates them: race. Malcolm is black; David is white. David's father immediately forbids the friendship, which continues in secret throughout their adolescence. Even as their camaraderie persevered, run-ins with the Ku Klux Klan (not to mention David's father) constantly jab at their unique bond.

David Church has a daddy who is a doctor, and when David was a baby, his father hung a toy skeleton over his crib so he would learn the bones, just like his daddy. That was then, but now David has a friend named Malcolm. The two boys run around town looking for a stuffed civil war arm, avoiding a chicken from down under, and pretending to be cavemen. They are a fine pair of friends, except for one problem, Malcolm is black and David's daddy is racist. Malcolm is banned from playing with David and entering his house, and if he gets caught, Dr. Church will shoot him on the spot.