Birth of the Pack 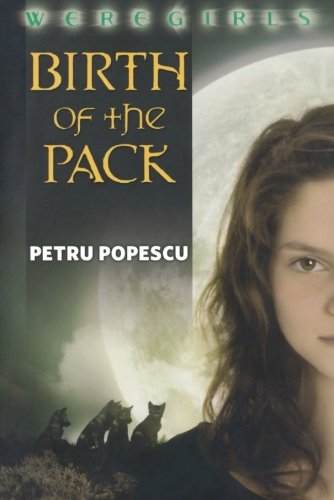 Birth of the Pack
Petru Popescu
When sixteen-year-old Lily Willison and her friends Nikki, Arielle, and Grazia start up a girls' soccer club and name their team the Weregirls, they soon find themselves drawn into a battle between good and evil. Lily's father, a supernatural guardian, makes contact with Lily after his death and reveals that she has magical powers―as do her friends. As the girls learn more about their powers, they inadvertently awaken the Breed, sworn enemies of the Weregirls. To fight the Weregirls, the Breed Master calls upon Lily's soccer rival―the rich, conceited, and arrogant Andra Hewlit. Desperate for powers of her own, Andra will do anything she can to destroy Lily and the Weregirls….
1 Vote

Birth of the Pack is about four sixteen-year-old girls who start a girls' soccer club at their school since it doesn't have an official team for girls. They've been playing together since they were little, and Lily's father christianed them the Weregirls. Of course, that name meant more than they thought. What starts out as a book about soccer has a supernatural twist to it! Soon they're involved in a major battle between good and evil.