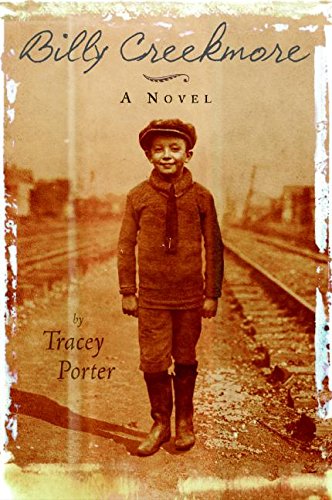 Billy Creekmore
Tracey Porter
Folks say I'm bound to be unlucky in life, for I was born at midnight on a Friday, the thirteenth of December, and Peggy says it's certain I can commune with spirits. But I ain't never seen any ghosts, not even my own mother, and wouldn't that be the ghost I'd see if I could?So begins the tale of Billy Creekmore, a boy with mystifying powers and the glorious gift of storytelling. But what does life hold for someone growing up in the cruel clutches of the Guardian Angels Home for Boys, where Billy's gifts do more harm than good?Escaping the orphanage seems an impossible feat, but when a stranger comes to claim Billy, he sets off on an extraordinary journey. With only a tin box that holds precious mementos of his beloved mother and mysterious father, Billy travels from the coal mines of West Virginia to the spectacular world of a traveling circus in search of his past, his future, and his own true self.
1 Vote

Billy Creekmore has a pretty low life. He believes his mother died and his father ran away because of his birth. His nurse admitted him to an orphan boarding house, but he is forced to work on his "masters" land all day long. Fortunately he has a couple of very good friends. One day, actually, the day he was planning on running away, his long lost uncle came to the orphanage to take him home. Billy thought that all his problems were over. But, unbeknownst to him, they were just starting.