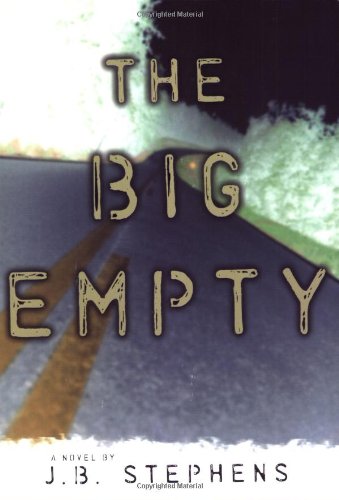 The Big Empty
J.B. Stephens
One year ago, a devastating plague called Strain 7 killed three quarters of the human race. Around the world, power systems failed and supply chains screeched to a halt. The surviving population of the United States has been relocated to the coasts; the heartland is now a wasteland called The Big Empty. But seven teens trying to put their lives back together will learn that the abandoned zone holds danger, secrets, and above all, hope.
2 Votes

The Big Empty is a story about seven teenagers who survived a plague that wiped out more than half of the human race. They are trapped in a place where life will never be the same, with power systems failing all over the world, supply chains gone, most of the middle of the U.S. an evacuated zone, and the U.S. government changed to a military dictatorship. Their last hope for a better life is to find a secret community hidden in the Big Empty, the evacuated zone.

What's this?
The Big Empty review by JPM

Stain 7, a deadly and uncurable disease, in two years cuts the United State's population in half. Six teenagers struggle to regain a normal life after this terrible catastrophe. Confronting fears, hopes, and evil, they must find a way to bring America out of their paranoia and into a new life.