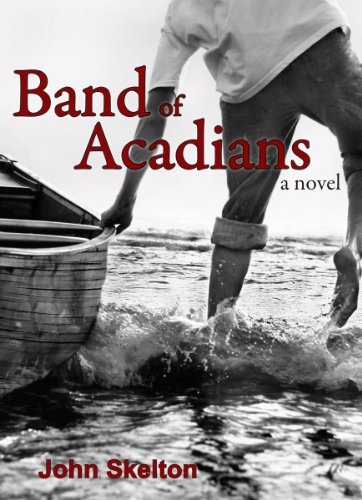 Band of Acadians
John Skelton
In 1755, on the eve of the Seven Years' War, fifteen-year-old Nola and her Acadian parents face expulsion from Grand Pré by the British. Nola, her friends Hector and Jocelyne, Nola's grandfather, and a band of bold teenagers manage to flee by boat only to encounter challenges tougher than their wildest imaginings. Their destination is French-occupied Fort Louisbourg, but along the way hostile soldiers, a harsh environment, enigmatic Mi'kmaq, and superpowers at war turn their journey into a series of hair-raising adventures. As it turns out, the runaways' route to freedom may be rudimentary technology. Using raw gypsum, limestone, coal, and salt, they forge coal-oil fire bombs that keep their attackers at bay for a short time but not long enough to ensure their survival. Will the resourceful teenagers finally discover what it takes to prevail in a continent poised on the edge of irrevocable change?
1 Vote

Nola is about to embark on a journey along with about fifty other boys and girls. The young teenagers and children were given a plan to follow from their parents; they must escape Grand Pré and make their way to Fort Louisbourg. The British are invading Acadia during the Seven Years' War and are determined to bring down any Acadians who support the French. Nola and the others must face hostile weather and conditions while trying to survive. Is the group going to succeed in escaping from the British and ensuring the survival of Grand Pré Acadians?