Arthur and the Forbidden City 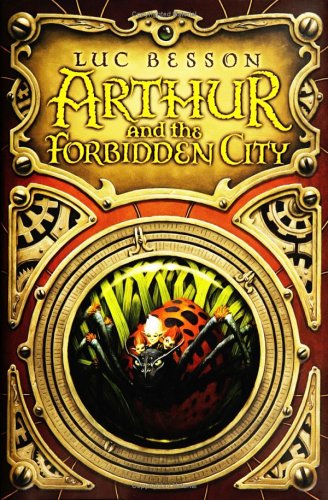 Arthur and the Forbidden City
Luc Besson
Arthur's quest takes him into the heart of the forbidden city ... Arthur's backyard looks like a peaceful, ordinary garden -- if you are human-sized, that is. But if you're half an inch tall, like the Minimoys, this backyard is a vast world where fierce battles are fought, ferocious monsters are faced, and one evil wizard, Maltazard the Cursed, rules with cruel power from his terrifying stronghold: Necropolis, the forbidden city. Now ten-year-old Arthur -- magically transformed into a Minimoy -- and his Minimoy companions, brave Princess Selenia and mischievous Prince Betameche, must somehow find a way into this forbidden city. Their mission: to rescue Arthur's grandfather, recover a stolen treasure, and save the land of the Minimoys once and for all, before it's too late. But once you're inside the forbidden city .... can you ever get out again?
1 Vote

Tweet
Arthur and the Forbidden City review by MY

Arthur's grandma is in trouble. If she doesn't some up with a lot of money by noon, then she will lose her house. That is why Arthur had his quest. His Grandpa has told him many stories of Africa and treasures, and he said there was a bowl with jewels in the garden that he buried for safe keeping. The only problem is that he hid it so well and now he can't find them. Arthur is shrinking to microscopic size to rescue his Granpa and find out where the jewels are, and to know where to find them when he gets big again.