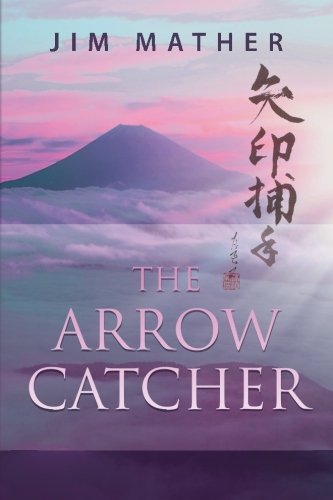 The Arrow Catcher
Jim Mather
1948. Young Jonathan Lusk’s life was perfect. Big Boston house. Swimming pool. Summers on the Cape. His father a Nobel Prize winning Harvard professor; his mother the beautiful only child of Boston socialites. When his parents get caught between rival Arab and Jewish faculty over the creation of the State of Israel, Jonathan’s life is turned upside down. He soon finds himself in Japan, living with his grandfather, former American Ambassador and a judge on the Tokyo War Crimes Tribunals. American opulence and comfort is abruptly replaced by subtle Japanese elegance and traditional austerity. The boy is thrust into a life among strangers and forced to navigate his way through a new country, foreign customs, unfamiliar language, and ultimately political intrigue that will threaten his life. This suspenseful story, one of personal survival, is a testament to a young boy’s perseverance and to human courage and loyalty that are sometimes found in unexpected places.
1 Vote

Jonathan Lusk was a little boy with a good life, living in Boston with a nice house in 1948. However, his parents suddenly became involved in the Israeli-Palestinian conflict, and unfortunately this causes both of their deaths. With nowhere else to go, Jonathan was sent to live with his grandparents in Japan. Shortly after that, Jonathan's beloved grandfather was killed by yakuza, Japanese extremists, because he had a hand in convicting one of their leaders. Now Jonathan is completely alone, the only American in this strange new world.