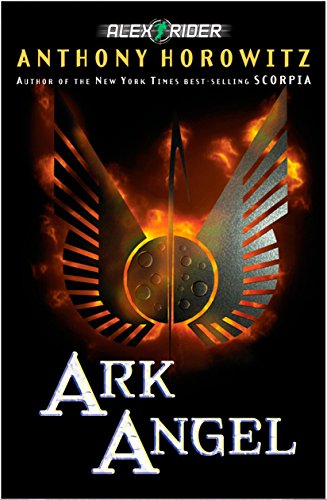 Ark Angel
Anthony Horowitz
Shot outside the offices of MI6 and left for dead by Scorpia, Alex Rider awakens in a top-secret hospital, glad simply to be alive. But danger has a way of following Alex, and when the boy in the next room is the victim of a kidnapping attempt, it is Alex who saves him—only to be kidnapped himself. The man behind the kidnapping? None other than Nikolei Drevin, wealthiest developer in the world, and the man who single-handedly is funding the first luxury hotel in outer space, Ark Angel. Yet the project is hemorrhaging millions of dollars along the way, and Drevin will stop at nothing to cease the bleeding. Even if it means blowing up Ark Angel. Even if it means sacrificing his only son. . . .
1 Vote

In the sixth Alex Rider Adventure, Alex is recovering from his encounter with a sniper who had been sent to kill him. In the hospital, he meets Paul Drevin, son of multibillionaire Nikolei Drevin. While in the hospital, kidnappers come for Paul. The kidnappers are part of Force Three, a group of eco-terrorists who are angry that Nikolei Drevin caused the extinction of several species of birds during rocket launches for his latest project, Ark Angel, a space hotel. However, Alex defends Paul against Force Three and prevents them from kidnapping him.