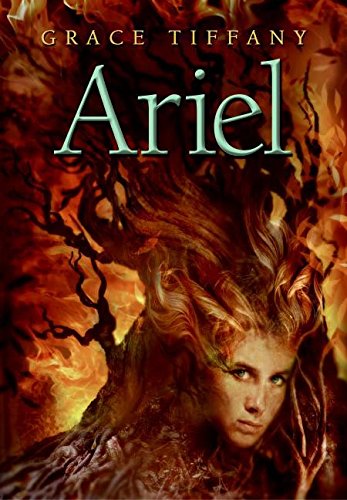 Ariel
Grace Tiffany
Ariel is beautiful and magical, a creator of dreams and of mischief. Sprung from the mind of a dazed sailor shipwrecked in the Bermuda Triangle, she rules half of her enchanted isle, dreaming of the savior from the east who will help her conquer all. When Prospero, a lost mariner, appears on the beach, his young daughter, Miranda, in tow, Ariel entices him with her visions of conquest. Together, she promises, they will defeat the mysterious tribe whose drums beat beyond the island's rain forest. The homesick Prospero struggles to resist Ariel's charms, but he almost falls under her spell when Miranda falls in love with their servant, the island boy Caliban. Ariel wants to march west, Prospero wants to sail east, and daughter Miranda wants to play on the beach with her boyfriend. Their clash comes to a head when Ariel, summoning her full powers, creates a cataclysmic storm that will change their lives and the island forever.Shakespeare scholar Grace Tiffany looks at the dark side of Shakespeare's The Tempest, investing a female Ariel with tremendous strength. The Tempest takes on new meaning for new readers, as Tiffany explores the imagination's power to transform grief into dangerous dreams. A tour de force by the author of My Father Had a Daughter and Will.
1 Vote

"Ariel" by Grace Tiffany is a re-creation of William Shakespeare's "The Tempest". Ariel is a powerful spirit who does not possess a physical body. However, she can shift shape, control people's minds, create other spirits, and show images in the air. In the beginning of the book, Ariel starts out as a dream that belongs to a sailor named Jasper. A storm has swept Jasper onto an island. Over time, Jasper starts to go mad. He starts praying to his dreams and calls the spirit Ariel out of them. Jasper finally dies of his madness, but Ariel lives on.