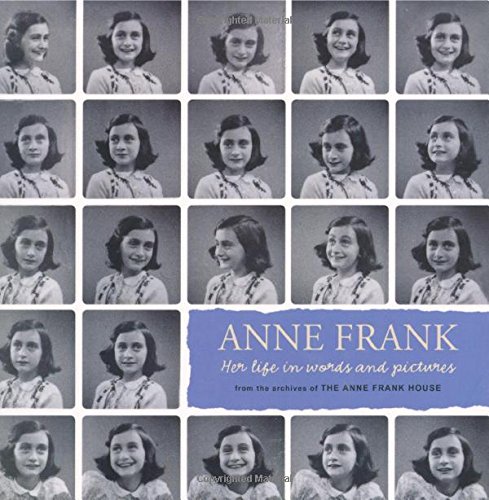 Anne Frank
Menno Metselaar, Arnold J. Pomerans, Ruud van der Rol
On a summer day in 1942, Anne Frank and her family went into hiding from the Nazis. Until the day they arrested her, more than two years later, she kept a diary. ANNE FRANK is the indispensible visual guide to her tragic, but inspiring story. Produced in association with The Anne Frank House and filled with never-before-published snapshots, school pictures, and photos of the diary and the Secret Annex, this elegantly designed album is both a stand-alone introduction to Anne's life and a photographic companion to a classic of Holocaust literature.
1 Vote

During World War II, June 9, 1942, a Jewish family, the Franks, went into hiding to escape the anti-Jewish laws, harsh treatment, and discrimination of the Jews. Their youngest daughter, Anne, talks about true things in her diary of their life before and after Hitler became dictator. She shares her thoughts on the horrible thrill it was to be hiding in a small space, not being able to even go outside. Her true story had so much in it, suspense on rather they'll live or not, historical context because of the World War II setting, and a small romance.