Andrew North Blows Up The World 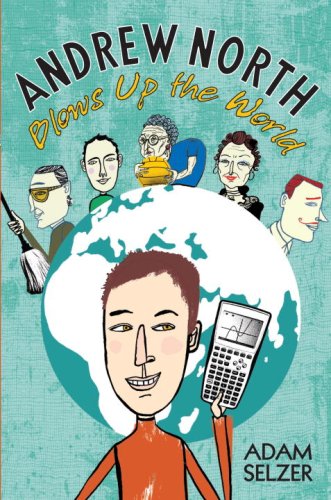 Andrew North Blows Up The World
Adam Selzer
A dynamic and hilarious new hero for early middle-grade.Andrew "Danger" North is no ordinary third-grader. He, his brother, Jack, and his father are spies. That is what Jack has always told him, and everything Andrew has learned from his dad’s favorite spy movies tells him it must be true. When Andrew comes across his brother’s graphing calculator, he’s sure it’s a communication device that will put him in touch with the secret spy headquarters. But instead of punching in a greeting to the spy society, Andrew accidentally punches in a code that might blow up the world! And if that isn’t bad enough, his math teacher then confiscates the top secret communication device and takes it to the mysterious Storage Room B. Now Andrew is on a spy mission to find his brother’s communicator and save the world from mass destruction. Will he be able to save the world?
1 Vote

Tweet
Andrew North Blows Up The World review by ZCassi_JMajor

Andrew North is a nine year old boy and he thinks his dad and brother are spies. He finds a weird calculator in his brother's room and he thinks, with its powers, it could BLOW UP THE WORLD!!!! So, he brings it to school, and his teacher confiscates it from. Then, the janitor puts it in his special closet, and he decides that the janitor is also a spy, but a bad one. So, is he really a spy or just a odd janator? Read Andrew North Blows up the World to find out.