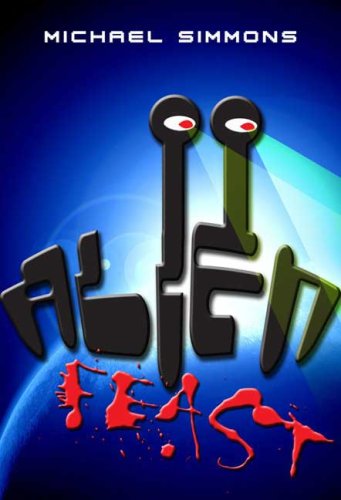 Alien Feast
George O'Connor, Michael Simmons
THE WAR OF THE WORLDS MEETS DOUGLAS ADAMS as two kids and one old man prepare to save the world.Things are getting better with the alien invasion. Sure it's still not too uncommon to come home and find your step-parents reduced to a pile of unsavory feet―but at least now with the disease killing the aliens off, you have a relatively decent chance of making it through a day without getting mostly eaten. William knows this first-hand, having lost both his step-parents, but when the aliens kidnap his long-time crush Sophie's scientist parents (and the government won't help) it's up to William, Sophie, and William's bizarre Uncle Maynard to save them…and perhaps the rest of the world while they are at it. A hysterically twisted adventure that will knock your feet off!
1 Vote

In this science fiction, William comes home one day to find his parents eaten by aliens. All that is left of his parents are their feet. Planet Earth has been invaded and the aliens are destroying the human race. Sophie, one of Williams's friends, is also shocked to find her parents gone. They were not eaten though; Sophie's parents were kidnapped by the aliens. William and Sophie, with the help of Uncle Maynard, worked together to find Sophie's parents and save the world from disaster.