Alfred Kropp: The Seal of Solomon 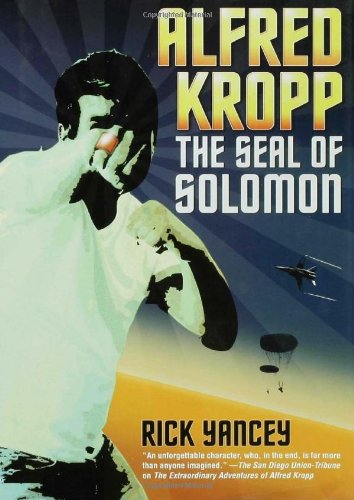 Alfred Kropp: The Seal of Solomon
Rick Yancey
Thousands of years ago, King Solomon used a powerful ring, known as the Great Seal, to imprison the fallen angels of heaven in a sacred vessel. Now both the ring and the vessel have been stolen from OIPEP by a double-crossing Mike Arnold. Should Mike choose to wield the demons' power, all hell could break lose . . . literally. Led by the mysterious Op-Nine, OIPEP has a plan to retrieve the artifacts, and their success depends on the least likely candidate, none other than the last descendent of Lancelot, Alfred Kropp. In this thrilling new adventure, author Rick Yancey proves once again that Alfred Kropp's unlikely role as a world-saving hero is definitely no accident.
1 Vote

Tweet
Alfred Kropp: The Seal of Solomon review by JNi

The book started with Alfred Kropp coming home from school to his foster home and learning that he's about to inherit four hundred million dollars. He then learns that his foster parents are planning to adopt him, so he decides to run away. Unfortunately for him, he is kidnapped by Mike, an ex-agent of OIPEP. OIPEP rescues Alfred from Mike. Alfred joins OIPEP's special team to retrieve two very important stolen artifacts. Find out what he faces along the way.