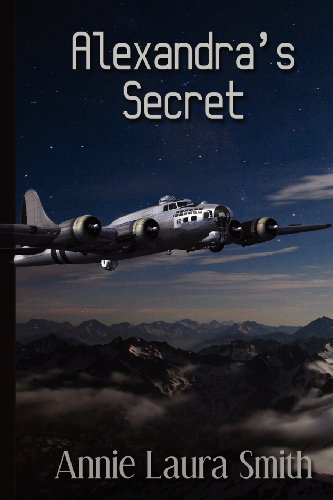 Alexandra's Secret
Annie Laura Smith
Can a teenager defeat the might of Nazi Germany? After the plane carrying Special Security Officer Lt. Jason Norris is shot down over German occupied Belgium, the Allies send their youngest OSS agent, Alexandra Cockrell, into enemy territory to find him and destroy the invasion plans he is carrying. She soon tracks down Jason posing as a French artist, but because he sees her in the company of a Nazi colonel, she must convince him she’s not a German sympathizer. It becomes a race for survival when the Gestapo discovers she’s a spy with secrets about the Allied invasion known as Operation Dragoon. Alexandra and Jason flee across Europe, desperately trying to avoid capture before making a final, harrowing effort to cross the Pyrenees Mountains to neutral Spain.
2 Votes

Alexandras Secret Missiles, betrayals, and spies, oh my! You'll get all that and more in Annie Laura Smith's new novel, Alexandra's Secret. Set in the mid-1940's, right when World War II is just heating up, eighteen year-old Alexandra Cockrell has just graduated from the American Office of Strategic Services (it would take a couple days training just to be able to say the name) otherwise known as the OSS.