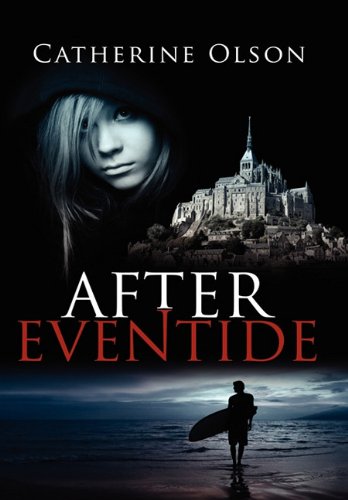 After Eventide
Catherine Olson
When fifteen-year-old Lorraine Meriwether moves to Ocean Beach, California, to live with her dad for the summer, extreme loneliness is the worst she must deal with. Then a way-too-old American-Eagle-model guy, Harold Godwin, decides he can't stay away from her, which leads to a series of events that expose his real fangs, his real mind control powers, and his real age. While the sun is up, she cultivates a normal life of walking dogs, making new friends, and just being beachy. After the sun goes down, Lorraine explores her own super powers while Harold weaves magical stories of being captive in the medieval army of England's enemy, Duke William of Normandy. As both lives collide, Lorraine is forced to choose between them. No matter how much we wish it, life is not lived in the in between of eventide.
1 Vote

Loraine (Rain) Merriwether is staying with her father for the summer just like usual. At least it seems like a usual summer until she meets Harold Godwin,a vampire who is originally from the medieval time period. He preys on humans by controlling their mind but Rain is not affected at all. This is seen as a threat to vampires. When a vampire finds out that a human is not vulnerable to his powers, the human must be killed immediately. But Harold loves Rain too much and wants to protect her. If Rain is bitten three times by a vampire she turns into one.