The Adventures of Vin Fiz 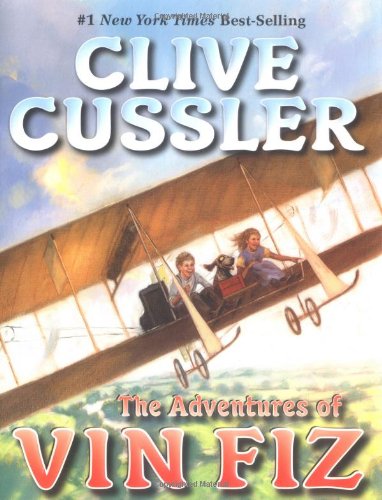 The Adventures of Vin Fiz
Clive Cussler
Ten-year-old twins Lacey and Casey Nicefolk have always wanted to fly, but kids can’t fly . . . or can they? They can if they know the mysterious Sucoh Sucop, a man who claims to have an enchanted box that can transform any toy into the real thing! Before you know it, the twins, along with their droopy-eared basset hound, Floopy, are soaring cross-country in a real-live Wright brothers biplane, which they name Vin Fiz (after Casey’s favorite grape soda). But dangers lurk everywhere, and if the twins are to make it all the way to New York, their courage will have to make heroes of them many times over. Thank goodness they have the magical Vin Fiz on their side!
1 Vote

Tweet
The Adventures of Vin Fiz review by JRam

This book is about twin 11 year-olds who live in Castroville, California, that survives on artichokes. While Lacey and Casey were working on their plantation, a mysterious stranger, named Sucoh Sucop, agrees to work with their parents in exchange for food and shelter. When Sucoh Sucop leaves, he leaves the twins a gift. The gift turns out to be a box that changes toys into usable objects. Soon the twins are traveling, with their dog Floopy, cross country. They travel on an old fashioned, Wright Brothers air plane.