The Adventures of Michael MacInnes 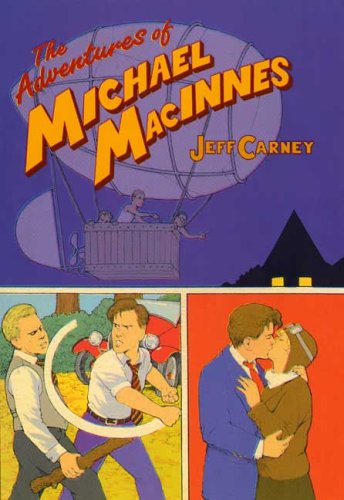 The Adventures of Michael MacInnes
Jeff Carney
A poet, a maverick, “the wandering outlaw of his own dark mind” – Michael MacInnes, an orphan attending a prestigious boys’ school in 1924, doesn’t fit into his surroundings. Lucky for him, neither does his new roommate, Roger Legrande. Physics is Roger’s passion. But with expulsions from two other prep schools already under his belt, a secret that dare not speak its name, and a roommate like Michael MacInnes, he, too, quickly finds himself on the wrong side of authority – whether that means publishing an underground literary magazine, performing an aerial rescue mission at a local girls’ school, or taking on the brutish school bootlegger.  This debut novel spins an uproarious yarn about a pair of Prohibition-era rebels who aren’t afraid to stand up against prohibitions in general.
1 Vote

Tweet
The Adventures of Michael MacInnes review by DSoba

The year is 1924... Michael MacInnes is a cleaver and rebellious sixteen year old orphan who is accepted to a boy's only boarding school called Stoney Batter. At the time, Stoney Batter was one of the few schools with a letter-press and Michael wants desperately to write poetry for the school paper, but is rejected. Michael's school life may not seem very promising, but all that changes when he meets a mysterious woman who tells him that his poetry will receive great notoriety and he will soon fall in love with a beautiful girl.