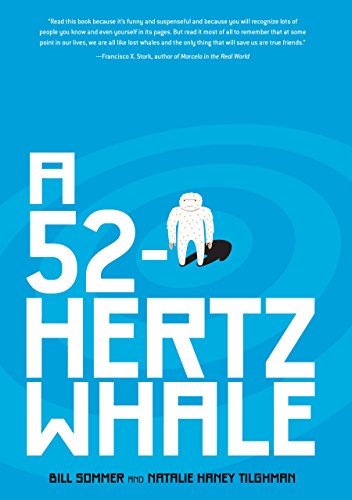 A 52-Hertz Whale
Bill Sommer, Natalie Tilghman
Fourteen-year-old James is worried that the young humpback whale he tracks online has separated from its pod, so he emails Darren, the twentysomething would-be filmmaker who once volunteered in James's special education program. Of course, Darren is useless on the subject of whales, but he's got nothing but time, given that the only girl he could ever love dumped him. Predictably, this thread of emails leads to a lot of bizarre stuff, including a yeti suit, drug smuggling, a graveyard, damaged echolocation, choke holds, emergency dentistry...and maybe ends with something like understanding. See, the thing that binds people together most is their fear that nothing binds them together at all.
1 Vote

Fourteen year old James Turner has one passion in life- whales. He reads about them online, watches every type of whale-related media from Whale Wars to Jacques Cousteau documentaries, and has even adopted his own whale, Salt, through the Greater New England Whale Conservatory. Unfortunately, his fixation on aquatic mammals (as opposed to partying and pop culture), has isolated him from his fellow freshmen.  James is a social outcast.