The Vision review by KPat0612_Douglas 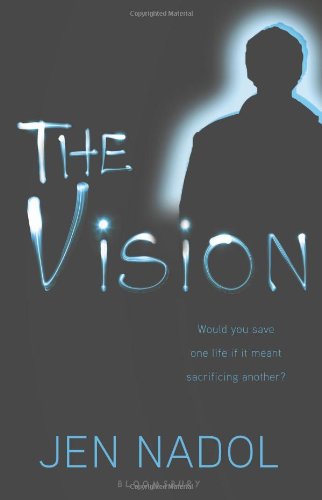 What if you could tell when someone was going to die? What if you could change their fate in exchange of another perishing? Cassie Renfield doesn't have to wonder; the mark appears over She's inherited the power of the Fates, and with no family left, she is out searching for ones that share the same power as her. Cassie meets Demetria, who seems to show all the traits of being one of the Fates, but nothing is ever as it seems. Then, of course, there's Zander Dasios, who is infinitesimally as dangerous as the rumors that follow him. Cassie falls hard for Zander, but dating him has deadly consequences, which forces Cassie to question everything that she has ever believed in, including herself.

The Vision by Jen Nadol is a riveting novel with excellent qualities. The personalities of the main characters, Cassie and Zander, are portrayed brilliantly. Through sizzling feelings, dark pasts, and blinding curiosity, Nadol takes the reader by the collar, making them turn each page with anticipation until the very last word. The plot that Nadol has created is terrific; it has turns at just the right spot, making every word count. Not only was the novel interesting, it had references to Greek mythology, so I learned facts as I read. With its fascinating plot, enthralling main characters, accompanied by Jen Nadol's singular writing style, I would strongly recommend this novel to anyone who enjoys paranormal stories, with romance that takes a rollercoaster ride.


Read more reviews by this Litpick Book Reviewer: KPat0612_Douglas
Recommend this book and review to your friends on Facebook