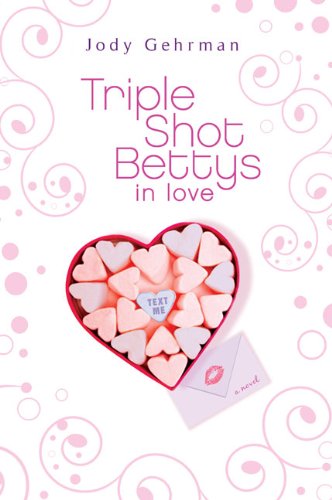 "Triple Shot Bettys in love" was a book about two girls who work in a coffee shop (neither one of them is named Betty. Their names are Geena and Amber actually.) Geena is a very smart girl with a perfect boyfriend named Ben, whom she has been going out with for 5 months. Amber is completely head over heels with Geena's English teacher, Mr. Sands. Geena just may have a crush on him to, but she doesn't know what to do about it because of Ben. When a crazed, mean model makes a play for Ben, Geena sees her chance to do something about her crush, but will she? Find out in "Triple Shot Bettys in love."

This was a fairly good read. The plot line was very complicated and some of the characters were weak and hard to identify with, but the core story was funny and touching. It is a story we have all heard (or seen for ourselves) 1000 times, I mean, everyone has had a crush on a teacher before, right? But these two girls take it one step further and actually date the teacher, so I think some parents would be opposed to having their child read this book. This is a must read for girls my age. This is the sequel to Confessions from a Triple Shot Betty.


Read more reviews by Litpick Student Book Reviewer: VBer
Recommend this book and review to your friends on Facebook