Trick of the Mind review by VR 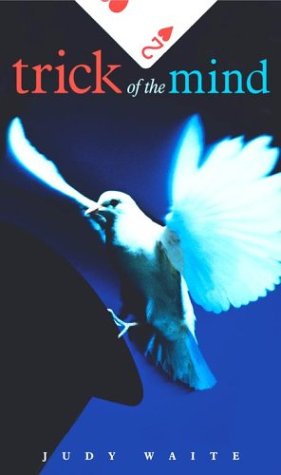 This book is about the lives of two teenagers, Matt and Erin. Erin is a magician and loves being one. Matt is a sensitive boy, who is considered by basically everyone he knows a stupid troublemaker. Then one day Matt and Erin both go to the castle, a popular hang-out place, Erin goes to the castle to put on a magic show and Matt goes to see the girl of his dreams. At first sight of Matt, Erin sees love, and at first sight of Erin, Matt sees a very good magician, and nothing else. Matt starts to hang- out with Erin out of pity, and Erin, in hopes of getting Matt to like her teaches him magic tricks. But when life at home takes an unexpected turn for the worse for Matt, he runs away, and finds the only way of survival for him is to use the magic tricks Erin taught to him. During Matt's time on the streets, he starts to learn of a special talent he has. However, Matt is in deep trouble at home, and the only person who can defend him is Erin.

I thought "Trick of the Mind" was a very well written book that had many surprises in it. The parts after Matt ran away really shocked me, and those parts really showed you what the characters in the story were like when they were under pressure, caught off guard, or had their feelings hurt. When those things happened, you would get more insight into what Matt and Erin were really like. The best part of the book, in my opinion, would have to be the ending, mainly because it never explained what would happen to Matt or if the police would believe Erin. The book left you to imagine what would happen next. The only thing that I didn't like about the book was the fact that Erin kept falling for Matt and then how that love she had for Matt ended up hurting her. The book really shows you that things aren't always as you want them to be no matter how much you try to make them that way.