Tales of a Hollywood Gossip Queen review by KKoe 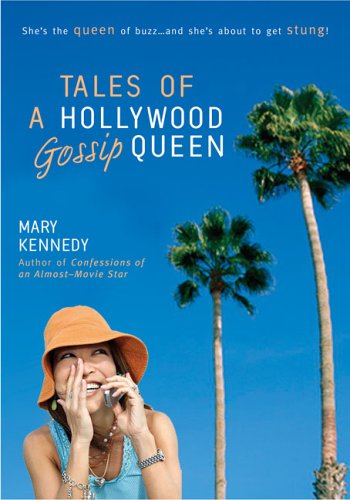 When Jessie was flown to California to redo some lines for her small role in the movie, Reckless Summer, she wasn't expexcting to get much out of it. She planned to go to L.A. for a few days, record some lines in the studio, maybe a little shopping, then back to her boring life on the east coast; but that changed dramatically. When Shane Rocket, the hearthrob (yet cheating) co- star, comes to visit her in the studio, she is in awe. Before she knows it, she has an internship for a gossip magazine, Juicy, with her best friend, Tracy, and is starting to fall for Shane once again. When Jessie starts to realize he is hooking up with another teen actress, the Hollywood scene isn't where she wants to be especially when she lands herself on the cover of Juicy...

I loved the book. When I received the book, I realized that Tales of a Hollywood Gossip Queen was the sequel to Confessions of an Almost-Movie Star. I had already read the first one but it didn't matter. The second book catches the reader up on the things that were significant in the first book for this one. Personally, I thought this book was good. Compared to the first one, I thought Confessions had more excitement to it but when alone, Tales was great! I would definitely recommend this book to my friends!!


Read more reviews by this Litpick Book Reviewer: KKoe
Recommend this book and review to your friends on Facebook