The Summer King review by PS 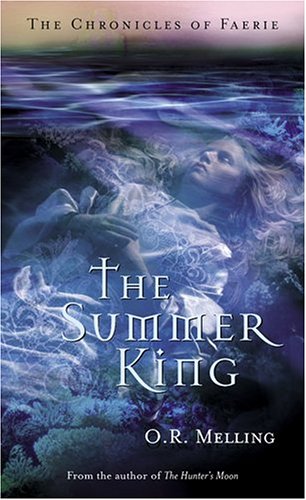 The Summer King
by O. R. Melling
Age Range - 12 and up
Genre - Fantasy

On the anniversary of her twin sister, Honor's death, Laurel travels back to Ireland to finish something her sister never accomplished. After having strange dreams, Laurel is compelled to learn about the faerie world, though she does not believe in faeries. But when a strange, "roly- poly" man appears to her appealing for help to finish the mission Honor started, Laurel thinks it's her duty to finish it and rescue Honor. What Laurel doesn't know is that the journey is filled with danger, mystery, and excitement. She gets help from Ian, a boy she's known since she was young. Together, Laurel and Ian face terrifying attacks from otherworldly creatures, including water faeries and raven-people. She is given guidance from the wise golden eagle and she manages to ally herself with one of the most powerful woman pirates, Grace O'Malley. Laurel's goal is to return the Summer King back to the faeries so that he in turn will light the Ring of Fire. If she fails her mission, everything will be lost, both in the faerie world and the human world.

When I first started the book, I had to force myself to get through the first half of the book. I wasn't getting interested in the story. But the story turned when the action began. O.R. Melling's descriptions of Ireland really helped the story. I was interested in the faerie world, so I wanted to see how she depicted them. I also liked the history that she threw in, with Grace O'Malley. There were some twists thrown into the plot, which really livened up the story. I did not see the ending coming and I was really surprised. I'm glad that I finished reading the novel. I would recommend this to lovers of fantasy. As this is part of a quartet, I will look for the remaining stories and hopefully they will be entertaining as well.


Read more reviews by Litpick Student Book Reviewer: PS
Recommend this book and review to your friends on Facebook