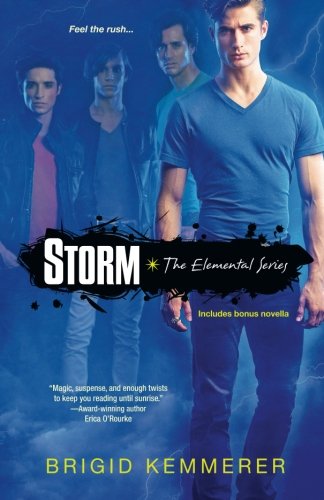 After Becca Chandler saves Chris Merrick from getting beat up, she is thrown into a world that she would have never expected. Becca soon finds out that Chris and his three brothers can control each of the elements(fire, earth, water, and air). But the horrible part is that Chris and his brothers are targeted to be killed by a special group called Guides. When Hunter shows up in school everything starts to feel normal again until Hunter starts to show his own dangerous side. Now Becca does not know who to trust in this crazy world she has been thrust into.

I did not enjoy this book. The beginning felt very repetitive and boring. Also, at some parts I could not tell whose feelings were being shown because it was written in third person. I thought this book would be like Carrier of the Mark but I was wrong. This book also felt very jumpy. One minute it would be action and the next it felt like fake romance.


Read more reviews by this Litpick Book Reviewer: MPark
Recommend this book and review to your friends on Facebook