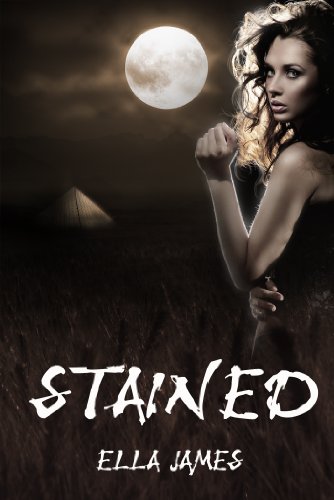 VBat
Age at time of review - 16
Reviewer's Location - Mechanicsburg, PA , United States
View VBat's profile
When Julia's foster parents die in a house fire caused by a
half-demon named Samyaza, she's officially on her own. But
when she runs into Cayne, Julia finds herself on a journey
to kill the half-demon that killed her foster parents. It
turns out that Samyaza is killing a lot of different people
like her-with the same starburst birthmark. These people are
called the "Stained". On top of it all, Cayne is more than
what meets the eye. Why does he want to kill Samyaza? Why
does he hardly eat anything, and almost never sleep? How is
he related to all of the "Stained"?

I am not exaggerating, this is the best novel I've read in the longest time! The
plot-line is told perfectly, and each of the characters are
developed incredibly. I stayed up all night every night
thinking about what would happen next. Every twist and turn
brought on another surprise. And the romance between Julia
and Cayne is pure magic. As for the surprise ending, I did
NOT see that coming. My first thought when the story ended
was, "What? That's it!" I truly hope that Jones is planning
for a sequel, because I will be dying to read it.
Rating:
4
Content Rating:

There is swearing in this book, but I don't think it's anything TOO extreme.
KEYWORDS


Read more reviews by this Litpick Book Reviewer: VBat
Recommend this book and review to your friends on Facebook