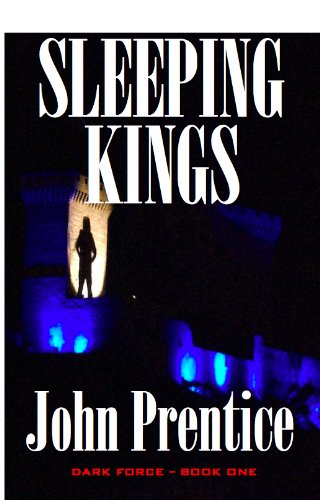 Stuck in the Cathar Mountains Southern France, life could not get more boring for Nicola. What can you do when you're one of the top online gamers without high speed internet? Plus, she barely understands French. While exploring the mountains with her class, she literally falls into something much greater than herself! She meets Pedro, King of Aragon. There's a catch, Pedro died in 1213! Nicola finds herself inexplicably bound in historical events of the pass. She learns of the ancient Cathar treasure, known as the Power.Nicola and her new friend Daan must use their new knowledge of the Power to stop the selfish people who want the Power for evil and keep Pedro's secret hidden from the world.

Sleeping Kings was an ok book. For me, it was very hard to get into. The beginning was a bit confusing and the main character hard for me to relate to. After the first few chapters, the story got much better. Once the historical aspect of the book began to unfold, it was action packed and a page turner! It would not be interesting to anyone who doesn't have an interest in history though. The ending seemed a bit rushed as well. Overall, reading Sleeping Kings was an enjoyable way to spend an afternoon.


Read more reviews by this Litpick Book Reviewer: DCher
Recommend this book and review to your friends on Facebook