Reaching Through Time review by HMark0611 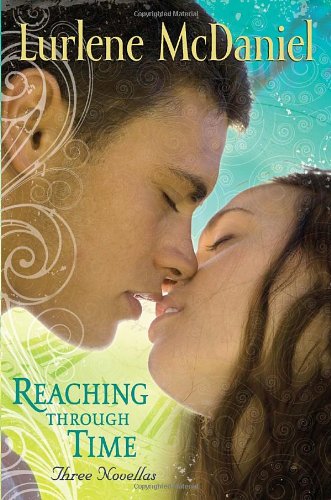 HMark0611
Age at time of review - 13
Reviewer's Location - Orwigsburg, PA , United States
View HMark0611's profile
Reaching Through Time is an amazing three-in-one book, written by Lurlene McDaniel. In book one, Sarah wakes up to find herself in a place she's never seen before. Her name is her only memory. As she tries to remember where she is, she meets a handsome man named Heath de Charon. He tells her that he found her unconscious at his gate, and quickly brought her inside to heal her. Time passes unusually fast, though, and as she goes to bed at night, she hears voices, calling out to her, begging her to return. Confused, but determined, she tries to figure out who she is, and where she belongs. In book two, Drake Iverson begins looking for a job, and finds one at a very unusual house. An old man and his daughter live there, and he is told to write facts and descriptions on unique items that belong to the old man. As he continues to go to the house, he starts liking the girl, Gina, much more than a friend. But when he brings up the nerve to ask her to the movies, she refuses. Also, time seems to differ in this house from others. As Gina becomes sick, he is determined to help her, no matter what it takes. In book three, Maura is a new girl. When she meets Dylan, she gets scared that he knows her secret. He has his own secrets, too. As they keep running into each other, they end up falling in love. On Sundays, though, Dylan starts to act different. Maura knows that she wouldn't want her secret known, but she tries everything she can to learn his.

Reaching Through Time is a really good book. In most parts, my eyes couldn't be separated from the pages. The author's mood is usually serious, and sometimes even sad. Great descriptions are used, for I can easily picture the scenes. In book one, the main character is Sarah. In book two, Drake is the main character. In book three, Dylan and Maura are the main characters. I believed in all of the characters as people. In each book, I love the wording used, because it drags readers in. I believe that the author was wise to write the stories in third person. It allows me to understand the characters better. At the end of the third book, however, I was curious what became of Maura. Lurlene's writing is effective and powerful, with no overly-mature vocabulary. The book has many strengths, such as wording, and great plots. However, one weakness is that, again, in the third book, I don't know what became of Maura. This book compares to others written by Lurlene, because it has to do with a love and loss. All-in-all, I found this book very moving and fluent. The ending is one of my favorite parts, and the author did an awesome job wrapping up the stories. I would definitely recommend this book, especially to those who love romance novels.

In the second story, there are some slightly sexual situations.
KEYWORDS


Read more reviews by this Litpick Book Reviewer: HMark0611
Recommend this book and review to your friends on Facebook