More Confessions of a Hollywood Starlet review by ... 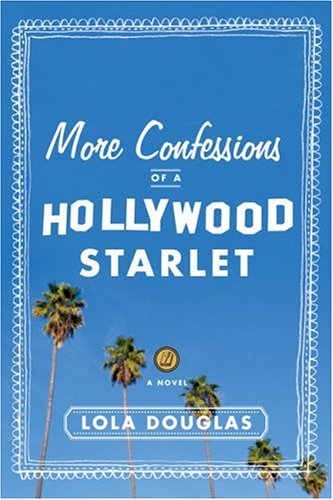 Just when Morgan Carter was beginning to love the simple life she had built in Fort Wayne, Indiana, her true identity as an infamous Hollywood starlet was exposed. This book is a sequel to "Confessions of a Hollywood Starlet" and features the same characters. Morgan is now 17 and trying to live the simple life in Fort Wayne when her archenemy: Debbie Ackerman revealed her identity as a Hollywood starlet. Now she is trying to deal with her new life being followed by paparazzi after she left rehab. Morgan has a choice to make: return to her glamorous movie star existence - or stick with the wholesome life, and love, she's found in the Midwest. In this journal by Morgan, she tells gossips and rumors. Her mom, Bianca, wants her back in LA for Thanksgiving with Sam, her stepfather. But Morgan wants to stay with her new "boyfriend" Eli and the rest of her new friends. She goes through countless mood swings, and encounters many obstacles on her way to become sober from drugs and alcohol. This is definitely a good story for teenage girls, for it has a lot of elements that will be especially interesting for them.

I'm not such a big fan for journals, especially ones with gossip and other things that are mostly intended to entertain girls. The author did a good job of putting all of the elements together and made it look like a book, but I'm not really interested in reading it. Like I said before, this book really isn't for boys, but Lola Douglas did not really intend to write it just for girls. Overall, it's not a bad book, but I'm just not interested when reading More Confessions of a Hollywood Starlet. The book might be a little more interesting if I've read the previous book: "Confessions of a Hollywood Starlet".

The book is mostly intended for teenage girls, but boys are not restricted to reading it. There is some profanity and sexual situations, so I'm recommending that you have to be at least 12 and up to read this.
KEYWORDS


Read more reviews by this Litpick Book Reviewer: YG
Recommend this book and review to your friends on Facebook