Maureen The Detective: The Age Of Immigration revi... 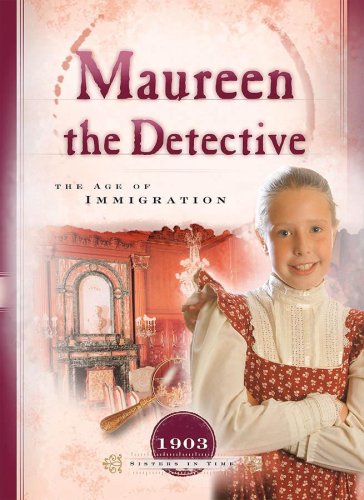 Maureen The Detective: The Age Of Immigration
by Veda Boyd Jones
Age Range - 12 and up
Genre - Historical Fiction

After Maureen and Mark take the job offer that Mrs. Hoag gave them for finding her purse and returning it to her, they start cataloging every item she has in each very large room in her mansion. In the western room Maureen just absolutely loves one piece of artwork called the Wicked Pony. She loves it so much that she asks if she can take a picture of it. When they get the film developed Maureen asks Mrs. Hoag if she can compare the picture to the statue, but when she goes to find the statue another statue is in its place instead. Mrs. Hoag said she didn't move it, but if she didn't move it, who did? So begins the mystery of the missing artwork, and who but Maureen and Mark to solve the case?