Kiss in the Dark review by CDi 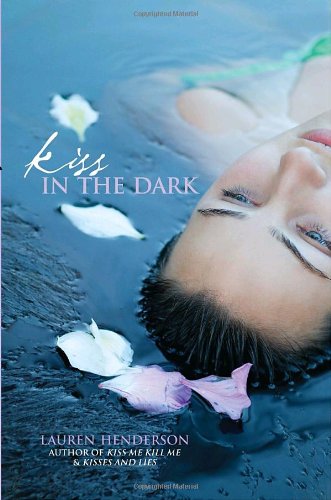 Scarlett Wakefield thinks she will finally be able to put Dan McAndrew's murder behind her and start fresh at Wakefield Hall Collegiate that her grandmother runs and will soon be hers. Everything is going her way with a new boyfriend, new best friend, and nobody who knows about what happened with McAndrew. But that is all ruined when Plum Saybourne is transferred to Wakefield from Scarlett's old school, and establishes her reign in no time. Scarlett can handle Plum just fine until she targets Taylor, her best friend, and Jase, her boyfriend. And things can only get worse when Jase's dad is found dead on campus. Could Jase be involved with the murder? Or is Scarlett just bad luck like everybody says?

This book is incredible! It's kind of a cliff hanger ending, but not the kind that stops in the middle of an exiting part, and it's not the first book in this series, but everything is really well explained. You could easily read just this book and be satisfied, but yet there is a bit of mystery that intrigues me to read the others in this series. You can really get into the characters, and unless you are a Nancy Drew prodigy, the ending isn't what you would expect. Scarlett goes through a lot of different suspects and with each one you thing "Oh yea, they definitely did it!" but they didn't. So it was really interesting in that way. I would say this book is like a Sarah Dessen mystery book.


Read more reviews by Litpick Student Book Reviewer: CDi
Recommend this book and review to your friends on Facebook