The Glass Minstrel review by CWalb 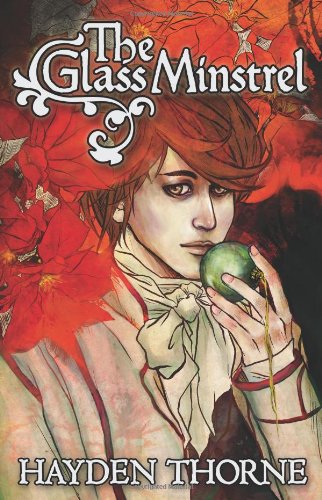 It's winter in mid-19th century Bavaria, and two men,Andreas Schiffer and Abelard Bauer, are trying to overcome the pain of their sons' deaths, and the scandal they left behind. When Schiffer sees a glass minstrel in Bauer's shop, he know's that Bauer is trying to keep his son alive, and is angry with him, having blamed him and his son for the scandal. However, Schiffer must learn to live in the now and take care of his family, as Bauer must try to understand why his son died.

Meanwhile, fifteen-year-old Jakob Diederich has a problem of his own. He becomes infatuated with a traveling Englishman who is staying at the Inn he works at. As he tries to understand himself, and learn more about the scandal that Schiffer and Bauer's sons were involved in, he is drawn to Bauer, tying the three characters together in the end.

Normally, I don't read historical fiction, but this book was wonderful. The author really hooks you with the flow of her writing and accurate details. She gives a life to this time and these characters that keeps you reading until the very end. Jakob was probably the most fleshed out character, and I love how accurate the author was concerning the thoughts of someone his age. He was three-dimensional and well-balanced. Schiffer was featured less prominently, and so I didn't feel the same sense of character, but you could still connect to him in his hardships. Bauer didn't really develop as a character until the end, but he mixes into the story very nicely when he does develop. Overall, I really enjoyed this book, and have lent it out 3 times already. I give it a 9/10 and recommend it for ages 15 and up because of allusions to sex, and a homosexual character.


Read more reviews by this Litpick Book Reviewer: CWalb
Recommend this book and review to your friends on Facebook