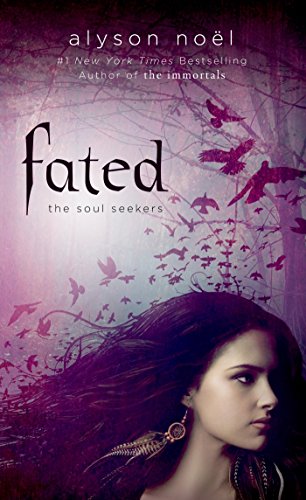 Daire has always had an odd life as the daughter of a makeup artist. But things get even weirder when strange visions of crows and dead people come into view. Reluctantly, her mother sends Daire to her eccentric grandmother on her dead fathers side to get control of her visions. Throughout this whole time Daire has dreams of a beautiful boy who turns out to be real. Through her grandmothers help Daire becomes the Soul Seeker that she was always meant to be. But will Daire be able to handle the changes in her life or will she run away from this life like her father?

I loved this book. All the characters were beautifully developed including some of the minor characters. The only thing I didnt like was that the boy from her dreams was not introduced as early as I would have liked. I for one had high expectations of this book because of Evermore and Fated defiantly met those standards. I recommend Fated to people who liked Evermore, House of Night series, Hush hush, and Nightshade.


Read more reviews by this Litpick Book Reviewer: MPark
Recommend this book and review to your friends on Facebook