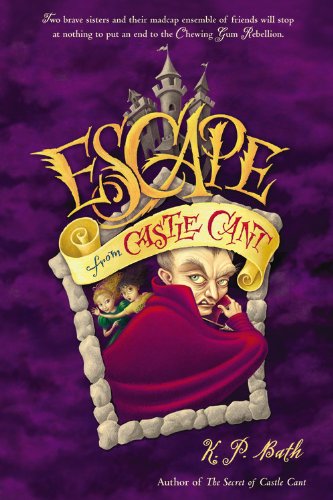 There's a war going on in Pauline and Lucy's town. Everyone wants gum, but others think otherwise. Loyalists say Pauline is the heiress to the throne, but then the rebels say Lucy Wickwright is the rightful heiress. Lucy and Pauline run away to find gum plants so they can restore peace and stop the war.

Then, a guy name Vladmir Orloff, a postal commissioner for gum chewing, is chasing them around. He wants to put Pauline on the throne because he killed Lucy's family when she was little.

The girls were resting when a swineherd said he will kill Lucy if they didn't come along. He tells them that it really doesn't matter if Pauline tags along, he just really wants Lucy with him. But secretly he is Vladmir Orloff. So they go with him to a swineherd hut. When they arrive at the hut, they They find out that Vladmir is actually Blaise Delegrassi, a guy who works at the castle. Later, Orloff tells Lucy to surrender, so she grabs a sword, and the girls escape, using the stolen horses. Do Lucy and Pauline get killed? Do the girls destroy the Gum Plants? Read this book to find out!

This book was AWESOME. There were suspenseful parts and the whole book was silly in a good way. Like, when they are having a war over gum, it was really funny. The suspensful parts were, for example, when they were running away with the horses. I'd recomend this to anyone because this book is packed with fun.


Read more reviews by Litpick Student Book Reviewer: RRit
Recommend this book and review to your friends on Facebook