The Dragonfly Prophecy review by KPer0811 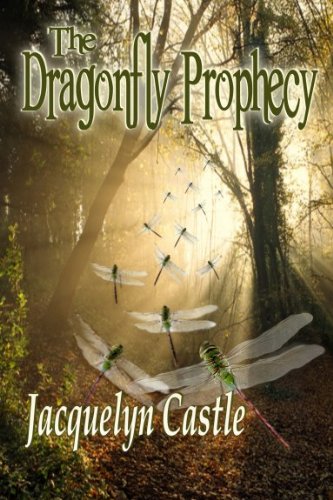 KPer0811
Age at time of review - 16
Reviewer's Location - Alton , MO , United States
View KPer0811's profile
This novel, entitled The Dragonfly Prophecy, is a wonderful tale of a seventeen-year-old girl named Lexi Blane, who is struggling to survive in a world which is both her own, and somewhat foreign to her, after waking from a two month coma. But that's impossible; she was in the Bahamas with her parents and her boyfriend, William, while everyone says she was in the coma. But, as her aunt says, her parents are dead, and no one knows anything about William. As her aunt takes her in, Lexi sees William in her dreams every night. He explains the truth about her parents' death, himself, and an alternate universe. Aided by her best friend, Chase, who explains what William happened to leave out, like Lexi's superhuman abilities, Lexi sets out to live with her parents and William, while Chase tries to convince her to stay. Getting caught up in an evil scheme for the dominance of two worlds, a captivating love triangle with two men who aren't who they seem to be, and battling bad guys with super powers, Lexi Blane makes an amazing journey in The Dragonfly Prophecy.

It got interesting right away (about page 16), I got engrossed quickly. I found this a truly suspenseful story. So suspenseful, in fact, that I read it in just a few hours, and by the time it was over, my hands were shaking. The incredible story line and action will leave you refusing to put it down. The memorable characters are amazing, and I wish they were real people. Jacquelyn Castle writes powerful messages in the story, and although some are more difficult to understand, they get through. The Dragonfly Prophecy is one I'm telling all my friends to read.


Read more reviews by this Litpick Book Reviewer: KPer0811
Recommend this book and review to your friends on Facebook