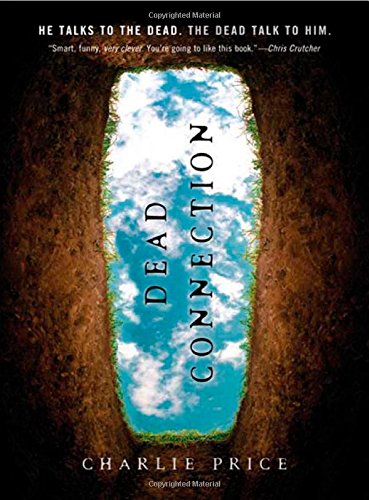 Dead Connection by Charlie Price is a mystery about the people surrounding a teen cheerleader's death. Murray, a social pariah who has the ability to speak with the dead, hangs out in the local cemetery. Just as he finally makes his first friend in the caretaker's daughter, Pearl, he begins to hear a new voice lurking around the graves. They are immediately convinced that it is the cheerleader trying to communicate with them. The only problem is finding her. Meanwhile Deputy Gates is trying particularly hard to discover the whereabouts of the girl and the circumstances of her case, when he meets Mr. Robert Barry Compton. Mr. Robert Barry Compton is truly a rebel with a cause, diagnosed with schizophrenia; he holds the answer to the fate of the teen, if only he could remember it! When he begins to remember what he witnessed, all the evidence leads to Vern Billup, a police man whose alcoholic abuse and skewed volition brings nothing but trouble and pain. As the story unfolds the truth behind the popular teen's death is revealed but never expected.

When I picked up this book I was a bit confused by the myriad of characters and things to remember which were thrown at me in the early pages. However, soon each character became an old friend, and tidbits of their personalities, strange as they were, began to remind me of traits of my favorite people. The great thing about each character was their human nature, they weren't infallible, they made mistakes, and they learned to live with the consequences. This was a classic tale of the oddball overcoming the odds and becoming a hero. It was the story of ordinary people and their ordinary lives; ordinary lives that captivate the reader so. The mystery thickened as insights and motives of each character were revealed. In the end, even if bits of loose ends remained, this book made me feel happy just to be an ordinary person, because I knew that everything would be OK for the characters that deserved it.


Read more reviews by this Litpick Book Reviewer: LSam
Recommend this book and review to your friends on Facebook