Crazy In Love review by VR 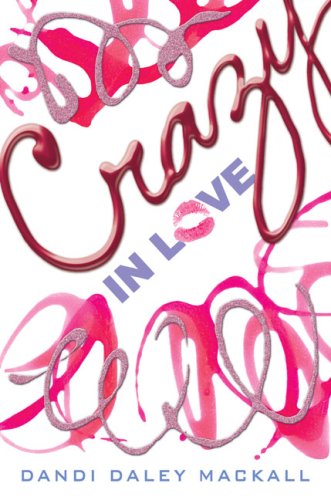 This book is about Mary Jane, a high school student who has a crush on a taken guy. Mary Jane is a second daughter whose older sister is a little slow, and is constantly plagued by her inner voices trying to chose her actions. But she is basically a normal girl with normal looks and a pretty normal life, which is why it is a big surprise for her, and amost everyone else, when one of the most popular guys in school seems interested in her. But the popular guy liking Mary Jane turns out to be a problem because it causes his current girlfriend, who constantly cheats on him, to make Mary Jane's life a living hell. As the book goes on, the whole school seems to turn against Mary Jane and her dream guy dumps his girlfriend and starts to date her. Mary Jane's life, although a little chaotic at the moment, seems perfect to her while with her new boyfriend, but as her relationship with him progresses sex becomes a factor in their relationship, and Mary Jane needs to decide to relinquish her virginity or to hold on to it.

Although the book has a pretty common idea, the book itself is really good. The author does a good job at adding new ideas to make the story break away from a common high school relationship that is often portrayed in books. The book forms characters you can symphasize with and antagonists that you really hate. For instances the book chose a really good mall scene with Mary Jane, her crush, and her crush's girlfriend, where the reader is shown new sides to characters and just how mean some are. I think the book's best part was the voices in Mary Jane's head telling her what to do. The book was an interesting story that portrayed interesting situations and people.