The Book of Lies review by KMeng 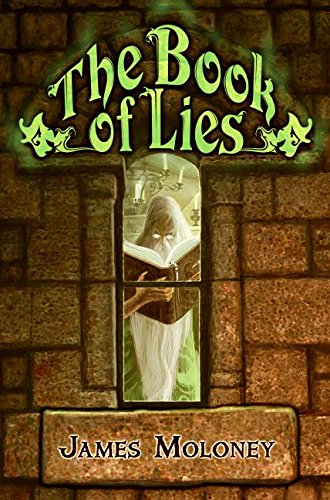 The story begins with four mysterious men carrying a boy, Marcel, to an orphanage close to Fallside. When he gets there, Lord Alwyn, an evil magician, makes him listen to a book that tells a story. The book is called the book of lies and anything you say that is a lie, will be recorded in it. When the truth is told, it glows golden. Bea, another orphan, secretly places cotton balls into Marcel's ears to help him not hear the story. If he does hear it, then he will forget everything he has ever known and believe that this is his true story. The book told him his name was Robert before his ears were plugged so he believed that. When two men get ahold of Marcel, he leaves the orphanage with Bea, Nicola, and Fergus. However, that is not so easy because Lord Alwyn has placed a ring on his finger that will not come off until he finds the courage to get it off, and if he leaves the orphanage, Termagant will come. Termagant is Lord Alwyn's evil beast that will cause destruction and death. Marcel leaves anyway, eager to find out how his life actually was before he was taken. He finds out he is related to Nicola and Fergus and that they are royalty. Their mission now, is to throw King Pelham out of power because Marcel, Fergus, and Nicola's parents are the rightful king and queen. Do they manage to succede?

The Book of Lies is a very entertaining book. While I was very interested in it, it wasn't a page turner for me. I can't compare this book to any other book because it is so different. It is fantasy, however there are many other features that make it its' own genre. The book was written in third person, and it flowed really well. If it was written in first person it may not have shown all of the wonderful details it does now. Lastly, The Book of Lies ended in a way that gives you enough knowledge to know what happened, but you want more.


Read more reviews by this Litpick Book Reviewer: KMeng
Recommend this book and review to your friends on Facebook